It’s been five years since NXT put on their Dallas Takeover event and a lot has changed for those involved, so we got Scott and Tom to react to their 2016 thoughts on the show, talk about what’s happened since and find out if their opinions have changed. The boys talk about the rise and fall of American Alpha, Shinsuke Nakamura’s career since his exciting debut, which superstar had the most successful main roster call up, Baron Corbin as the Lone Wolf, if being the “third brand” has hurt NXT and reacting to old Samoa Joe predictions.

Plus, Andrade going from dark match to NXT Champion to asking for his release and Finn Balor going full circle with his WWE run. 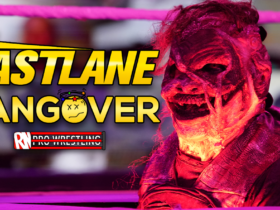