When myself and Scott settled into our seats to see American Idiot the musical for the second time, we quickly realise that this is going to be different from the first time. First time around was in 2012 at Hammersmith Apollo, a much bigger stage and audience, and a cast of American actors.

This time however, it was at the more intimate Arts Theatre in London’s West End, and with a British cast.

When we see the cast for the first time, it’s as if someone has typed the word ‘Punk’ into Google and created them on ‘The Sims’ in the way that they are all dressed. Red, Black, Converses, New Rock Boots, Mohawks, Eye-Liner.

The show features tracks from Green Day’s American Idiot Album, some B Side Tracks and some tracks from 21st Century Breakdown. But when you watch the show, it all makes so much sense.

We’re greeted at first with TV screens showing the unfortunate tragic events of 9/11 and George W Bush talking in its aftermath. Which is the start of the story. It leads nicely into American Idiot, we hear for the first time from Johnny – Jesus of Suburbia (Played by Aaron Sidwell) in his American accent, which seems slightly odd, but he certainly grows into it as the play goes on. The next song is the 5 in 1 Jesus of Suburbia – Just before the fifth part of the song Tales from Another Broken Home, we find out it’s four days on from 9/11 – this leads us to into Holiday and in an ingenious piece of staging they use guitar cases as the lights and wheel fenders on the bus!

This is now the part where the story gathers momentum and Johnny and Tunny (Alexis Gerred) move out of their old town and away from their good friend Will (Steve Rushton) it’s then that we get to witness the first Solo song of the evening, when Johnny takes centre stage armed with just his acoustic guitar and blasts out an actually quite amazing version of Boulevard of Broken Dreams. By this point in the show you realise just how many hits there were on this album, and we’re only a few songs in. There is already more of an intimate feel about this show, and makes you feel genuinely closer. You quickly realise that unlike the American’s version of this there are a lot less fake and forced vocals, and these are more real and sincere. Every song’s changeover is seamlessly bleeding into one another so perfectly.

The next song is actually one of the ‘B- Sides’ from the American Idiot Promo CD single – and the first diversion away from the first performance we saw of this. Following Favorite Son – a load of red, white and blue confetti falls from the ceiling onto us in the crowd, something else which differed from the first time around. It leads nicely on to January 18th and into Are We The Waiting – this is where we see Tunny and a group of others going through medicals for the US Army, which Tunny ultimately joins. We see Will is still at home, sitting on his couch and it’s like he’s contemplating life and what’s going on, clearly he’s missing his best friends not being around.

Immediately following this, we are introduced for the very first time to the title character of the Album’s Sixth Song – St. Jimmy (Lucas Rush) who is Johnny’s drug dealer, and eventually a thorn in the side of everyone! We get a more in depth view of the character, although few words are spoken, he seems as though he would be the manipulative type who would get into your head.

The story moves forward now to April 1st. Johnny and St. Jimmy are popping pills together amongst other things. We hear him penning a letter to his mother at the time. We are then introduced for the first time to Whatshername (Amelia Lily). Tully plays us through Give Me Novacaine, while Will, still on drugs, is accompanying him with singing. As Whatshername and Johnny are having sex, there is a war still going on which we see Tully right at the heart of.

We are now on to 5th May, Will and Johnny are texting one another about what is going on. This leads into Last Of The American Girls/She’s A Rebel, that is followed up with St. Jimmy trying to seduce Whatshername, during Last Night On Earth.

By this time Will’s girlfriend, Heather (Natasha J Barnes) has given birth and we hear some great vocal work from the cast during Too Much Too Soon, it then leads in to Heather leaving him, due to his drug addiction and still being lazy, gaming in front of his TV.

The scene then cuts to the warzone again and the scene of Tunny losing his leg in battle. He is in a hospital bed, and a video playing on screen of him. He is actually hallucinating, and doesn’t realise Before The Lobotomy is the accompanying song for this scene, and a very good fit.

Tunny falls for his nurse The Extraordinary Girl (Raquel Jones) and the song by the same name is being performed, at the end of this we go back to the hospital where we find out Tunny was only dreaming.

After this, we go back to Johnny who is fixing himself some drugs, unaware that Whatshername is still sleeping.

While this scene is taking place, the entire theatre is in somewhat of an eerie silence, and when he is starting to shoot up when he’s on the toilet and then staggering around. It is quite honestly one of the best pieces of acting I’ve seen!

It’s only after he’s shot up the drugs that he realises Whatshername is still sleeping. He then sits and plays When It’s Time, he actually says ‘I wrote this for you’

Once this is finished is when we come back to St Jimmy who is the devil on the shoulder of Johnny, and he sings Know Your Enemy, and it seems like he is driving Johnny to kill himself to a point where Johnny has the gun in his mouth. This prompts a rendition of 21 Guns. Which, lyrically brilliantly fits the story.

By this stage, Tunny is wheeled out by Extraordinary Girl in his wheelchair, Will and Heather are at Will’s place. It’s a brilliant piece of staging, and three stories being told simultaneously. Will gives us a brief rendition of Nobody Likes You.

July 18th – Johnny is learning his lesson, and has a letter written for Whatshername to read… This is the cue for us to hear the amazing vocal from Whatshername, backed up by the other females in the cast. After this, Johnny finds himself all alone and sitting at the front of the stage.

September 10th – Almost a year to the day of the 9/11 attacks… Johnny, Will and Tunny give us a really heartfelt version of Wake Me Up When September Ends.

At this point, if you hadn’t known the track listing from the album, or seen the show before, you could have guessed that the show was nearing completion. But there were still a couple of bits to go before the grand finale (more on that in a bit!)

We have St. Jimmy back on stage now for the opening of Homecoming (another 5 songs in 1 masterpiece), the first song (The Death of St. Jimmy) is where Jimmy eventually kills himself, and we see Johnny working and finally sorting his life out during the second song (East 12th Street), then the third is Will going back to Nobody Likes You, where he is just sitting in his flat hooked on coffee and drugs and just watching TV, it then leads into Rock N Roll Girlfriend, where Heather is attending a premiere with a famous Film star.

December 7th – Will, Johnny and Tunny are FINALLY re-united after a year! And during this we’re treated to the rendition of We’re Coming Home Again and we get to see some of the characters all meet for the first time.

Then the last song of the show (Whatshername) is the part where Johnny realises that he lost the love of his life and he has to accept he can live with the struggle of Rage and Love! (Hence… I’m the son of Rage and Love) and the possibility of one day rekindling his romance with his love.

The story ends there…. BUT NOT THE SHOW!

To top off an amazing show, the ending is just fitting! Every single member of the cast filters out on the stage with acoustic guitars in hand to perform Green Day’s show closer Good Riddance and as they end with the final line of the song ‘I hope you had the time of your life’ – Yes We Did!

It was a great show, and in my honest opinion… I preferred this version to the original American Version, which we saw for the first time. Credit to Director, Racky Plews for a brilliant interpretation of this. A brilliantly told story by an awesome case with some incredible vocal performances! 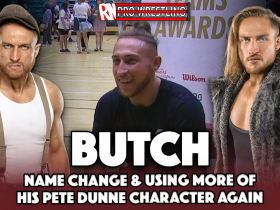