One of the most iconic phones in history looks to be making a comeback. Evan Blass, who is known for leaking information has come out and said that Nokia will be releasing a homage to the Nokia 3310 alongside the Nokia 3, Nokia 5 and Nokia 6 at the Mobile World Congress 2017 in Barcelona later this month. The Nokia 3310 was originally released in 2000 and had replaced the popular and also much loved predecessor model the Nokia 3210. But the 3310 clearly stole the show selling 126 million units sold worldwide.

HMD Global will launch the Nokia 3, 5 and 6 at MWC, plus a 3310 homage https://t.co/lYHtSoagIt pic.twitter.com/GhZXuB0E5u

The iconic phone has had a revival through a nostalgic fuelled love in recent years with memes pointing out it’s long battery life and durability compared to modern day smart phones.

But the biggest feature the world needs back from the Nokia 3310 is Snake II (which you can download for iOS here) and possibly some classic Grime tunes made on Composer for Ringtones again. 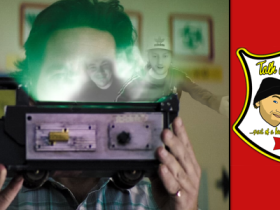