You know where you are? Well, hopefully in a few months time you will be at the London Stadium because Guns N’ Roses have finally announced a London date on their “Not In This Lifetime” Tour. The show will mark the first UK performance with Axl and Slash together for over twenty years.

The band reunited with former guitarist Slash and bassist Duff McKagan in 2015 after one of the most notable break ups in rock history and created a reunion that most fans never thought they would ever witness.

The Tour will see the band visit a number of US States and European countries starting in Dublin, Ireland on May 27th and finishing up in San Antonio, Texas on September 8th. But the date that we are most interesting in is at London’s former Olympic Stadium on June 17th. Tickets for the momentous concert will go on general sale this Friday at 10am and you can find them here. 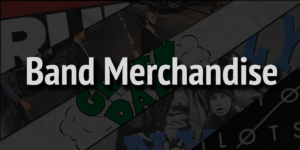