The team behind Slam Dunk Festival seem to be pulling out all the stops with some big names being added to the line up thick and fast. After already confirming that Enter Shikari will be celebrating the 10th anniversary of their debut album ‘Take to the Skies‘ at this years multi venue event, the festival have now announced that legendary pop punk icons Bowling for Soup have been added to the bill for the first time in Slam Dunk history.

But it doesn’t stop there as organisers have also confirmed Don Broco with their only UK Festival appearance of the year whilst Less Than Jake and Reel Big Fish will be back on a Slam Dunk stage for the first time in 6 years. Cute Is What We Aim For and We The Kings are also part of this first wave of announcements.

Slam Dunk Festival 2017 will be a big one and is looking like it may even get bigger with future announcements expected in the new year. The festival will take place throughout May starting with the 27th in Birmingham at the NEC, 28th in Leeds at the First Direct Arena, and 29th in Hatfield at The Forum.

Tickets are on sale from 9am on Friday 11th November here. 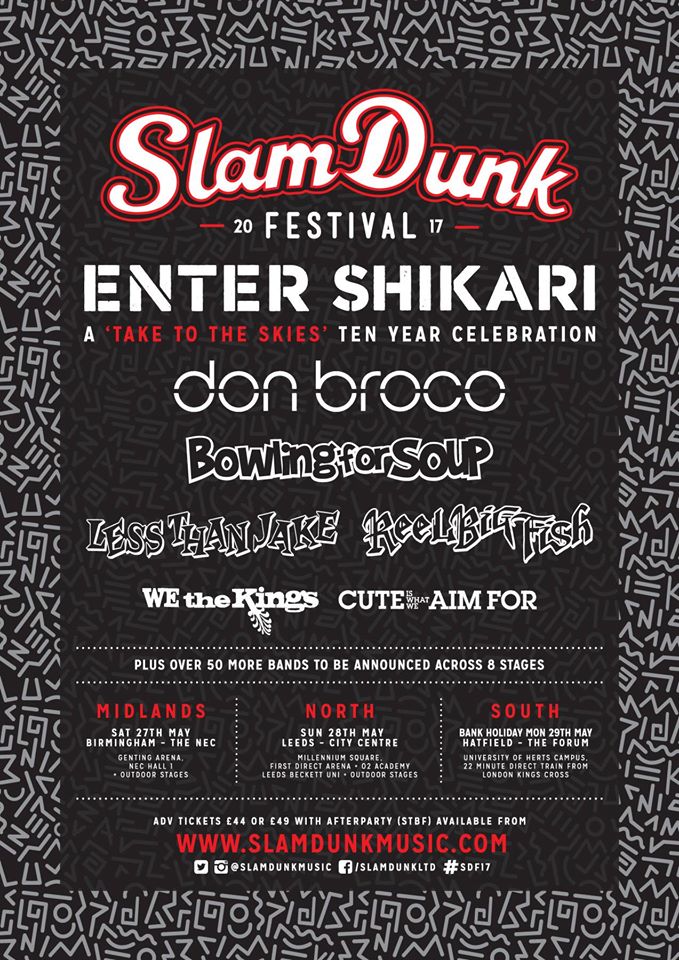