WrestleMania 29 was, to me, more than just a wrestling show, more than just the ‘Grandest Stage of Them All‘.
To me it was about enjoying moments in life I had always envisioned but never thought would be a reality with two ‘good brothers’-one of them, the guy who got me into wrestling at a young age by lending me VHS tapes featuring Hogan/Ultimate Warrior facing off where this whole larger than life sport was born in front of my young eyes, who made a promise that one day we would go to a WrestleMania together.
The other, one of my closest friends, more of a brother than friend and fellow longtime wrestling fan. We had shared the highs and lows of life together-now we had a chance for all of our pop culture knowledge of New York and all our years of discussions, jokes etc of wrestling to be played out on the very streets where WrestleMania 29 would be taking place.
On a personal level, after having gone through a few personal things the year before, wrestling would once again live up to it’s role of enabling me to have pure fun again only this time live and in full colour. 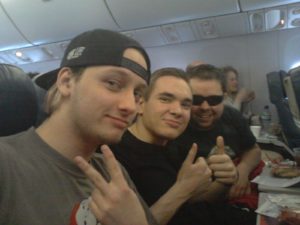 As the years have gone by since WrestleMania seems to be even bigger and full on in the week preceding it but in 2013 for us the excitement began to build in the cab on the way to the airport-at the airport where the first joke started that would run for the whole holiday when 2 of us discovered the 3rd member of the crew could and would nap anywhere he was able to given the chance….

Once we set foot on the streets of NYC, sights from films we had grown up watching came to life in front of us in the form of yellow cabs, skyscrapers and all the other stereotypical stuff. The excitement of being in New York quickly meshed in with the reason we were there when advertising for WrestleMania was visible all along the route to our hotel, WWE truly does takeover the city that is hosting them for the week. 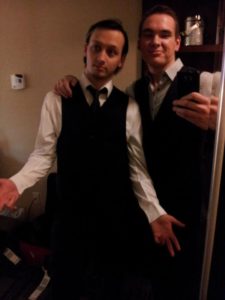 Over the next few days the perfect blend of NYC sightseeing and wrestling activities would combine, from seeing countless items of memorabilia at Axcess that had been part of our past in some way, to visiting pizza joints that the Ninja Turtles ate in.

From getting a boat to the Statue of Liberty and not really realise what we were doing (long story) to getting suited and booted for the Hall of Fame all whilst wondering how one of us, who hadn’t got tickets to some of the events but was going to wheel and deal out there, would get in and enjoy these experiences with the remaining two, to then go through the sheer joy of seeing him not only pull it off but actually get better seats than us other two, so much so he was sitting practically with the wrestlers…and then for this feat to somehow be pulled off a few days later for Raw where by the grace of God he ended up sitting literally in front of us so we were all together for the greatest post-Mania Raw. Truly Del Boy had come to NYC. 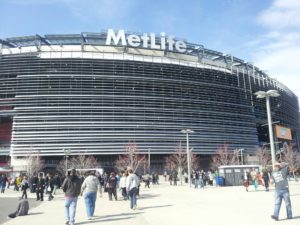 Something that had been such a major part of all of our formative years truly made us feel like children when the queues began to get into the Metlife Stadium, wrestling fever overtook us all as we began chanting all the way into the building as we took our seats whilst taking in the artistry of the NYC inspired design, seeing the famous ‘Mania ramp. The sheer vastness of it all was incredible and the wrestling hadn’t even begun.
To be honest I haven’t watched Wrestlenania 29 back since-I guess part of me doesn’t want memories tarnished and I can’t actually remember too much of the actual wrestling. I remember bits and pieces-I do however remember the joy of being surrounded by thousands of other fans whilst all enjoying this thing that had bought us all together for this moment in time, life all but forgotten. Life now replaced by seeing these larger than life heroes we had grown up watching (in the case of The Rock) make their entrance, to being torn between cheering uncontrollably for your current favourite (CM Punk) but not entirely wanting him to break The Undertaker’s, at the time, undefeated streak.

After the show the feeling of being on holiday with thousands of others continued as knowing nods were exchanged and chants continued in NYC hotel lifts (elevators).
The frenzied atmosphere only went to the next level the following night at the Izod Center for Raw where we all screamed at the top of our lungs for Dolph Ziggler cashing in the Money in the Bank briefcase and we introduced ‘Fandangoing‘ to the world which carried on way past the final bell onto the surrounding streets of New Jersey and New York. 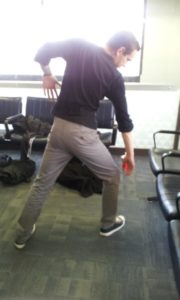 This was more than just a holiday and this was more than just a wrestling event. It was combining one of the most iconic places in the world with the sport that is so hard to explain to non-fans even though you try because you want them to witness just what this incredible thing is and the emotions it evokes. It’s a sport that had been through the highs and lows of all our lives, that had entered our minds from a young age to never leave. To be able to witness that with two close friends and create lifelong memories that are easily recalled at a word or a joke’s notice, is something I will always be grateful for. Then. Now. Forever. 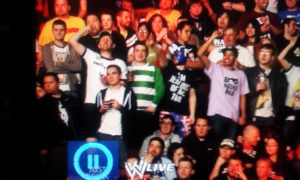 If you would like to hear me ramble in more detail about the ups and downs of pro wrestling then check out the Talk and Beans podcast where we have specials on all of the major WWE events. 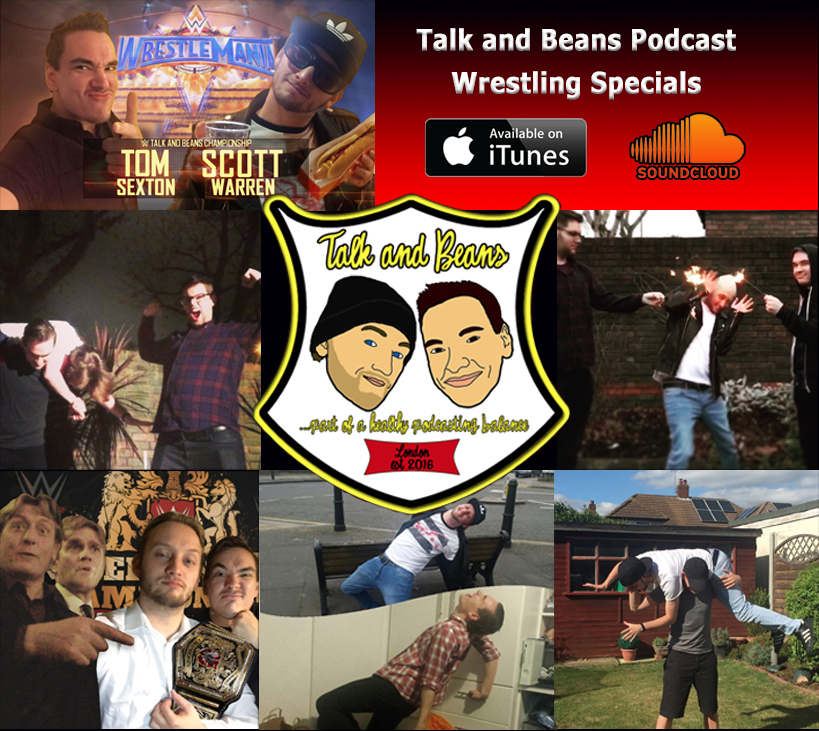