So we’re exactly halfway through the 2016/17 Premier League season – 19 games played and 19 to go. A good time to review the campaign so far then – who’s overachieved, who’s underachieved and who finds themselves somewhere in between?

Where better to start than at the top. With the arrivals of Jose Mourinho and Pep Guardiola in the summer, the appointment of Antonio Conte at Chelsea was perhaps a little quieter than it otherwise would have been. And when September saw defeats to Liverpool and Arsenal follow a draw against Swansea, Chelsea’s fans weren’t making much noise either. Their team’s response, however, has been emphatic. A run of 12 league wins has been achieved by combining a tight defence (the cliche of an Italian manager) and the form, in particular, of their two best attacking players – Eden Hazard and the rejuvenated Diego Costa. With no European fixtures to contend with and a healthy 6 point lead, they’ve got themselves into a very strong position going into the second half of the season.

It was a different story with Liverpool and Jurgen Klopp – many predicted they would push on in their second season under the charismatic German’s leadership. However, there were question marks over whether they could perform consistently and tighten up at the back. They still seem prone to the occasional shaky defensive display (see the last 20 minutes at Bournemouth) but the system and style of play they have settled into has been largely effective and undeniably entertaining. Sadio Mane has turned out to be a fantastic signing and despite spells on the sidelines for a number of key players, they have delivered a level of consistency that sees them deservedly sitting 2nd in the table.

A special mention to West Brom and Bournemouth who have earned themselves a place in the top half of the table. ‘The Baggies‘ have managed to consistently pick up points home and away, occasional breaking free from the Tony Pulis defensive mould we’ve got so used too, while ‘The Cherries‘ have picked up good results while continuing to deliver Eddie Howe’s brand of entertaining football.

It’s easy to say with hindsight but Leicester were always going to have a tough time following up the fairytale of last season. The loss of N’Golo Kante has been massive and they’ve struggled to match the solidarity in defence that their title success was built on and their potency in attack, with the form of Jamie Vardy and Riyad Mahrez disappointing.

If an award was to be given for the worst season so far it would have to go to Swansea. Lying bottom of the table and having sacked two managers,’The Swans‘ are really struggling. Their new manager (when appointed) will have little time to make an impact if they are to survive relegation.

Another team to have changed manager is Crystal Palace after a very disappointing calendar year of results under Alan Pardew. It would take a brave man, however, to bet on them being relegated with ‘Big Sam‘ now in charge, his first job in football again since his dramatic exist as England manager last year.

The top 6 have pulled away to create their own mini league. In a year of surprises (Leicester City, ‘Brexit‘ and Donald Trump) Arsenal appear to again be just short of a genuine title challenge, sitting 3rd in the table. Admittedly, a few weeks ago things were looking a lot better and there is still time for it to swing back in their favour.

Tottenham (4th), Man City (5th) and Man Utd (6th) may all like to be a position or two higher but they will all feel that is still achievable. The two Manchester clubs have been a little patchy under their new big name managers but we can expect them to push on in the new year. Tottenham have particularly impressed me, although it’s perhaps unsurprising with the lack of activity in the summer that their well drilled and settled team have produced such consistent performances week in week out.

Outside the top 6, the table is extremely tight with just 11 points separating 7th to 17th. This means positions are likely to change quickly and often over the coming weeks and months. The positions of the remaining teams (I’ve not mentioned) do not surprise me at this stage – some will hope to cement a top half or mid table finish, while others will be happy as long as they remain in the division come the end of May: 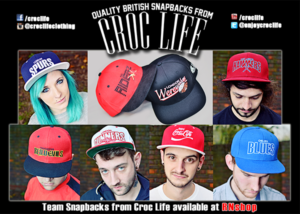