The eagerly anticipated release of ‘Waking The Fallen: Resurrected’ is just around the corner, and I for one am hugely excited about this.
That’s right, Avenged Sevenfold have announced that they will be re-releasing their fan-favourite, genre defining, breakthrough album Waking The Fallen on August 25th 2014. It’s not just simply a re-release though. There will be 11 never before heard tracks too bringing the total to 23. The album will also feature new artwork, the original, first cut of the music video for ‘Unholy Confessions’ and a 30 minute film featuring the present day band. This is a must own album for any A7X fan.
The 30 minute documentary features brand new, never before seen interviews from the band looking back on the lead up, demoing, recording and touring the album. It also includes personal behind the scenes home movies and photos from the band’s early days.
You can pre-order the album now, including special packages and items, including a deluxe version of the CD including a further two bonus tracks, limited edition 4 disc vinyl LP box sex with exclusive 7-inch, Deathbat T-Shirts and more. You can check all the packages, view the album trailer and order the album at www.hopelessrecords.com/resurrected. 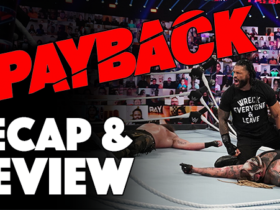